You are here: Home / Archives for Google reader

March 13 2013 saw the announcement that Google Reader will be shutting down, however I found an alternative, Feedly.

When I heard the news I took a deep breath and realised I needed to start looking for an alternative. My primary tool for bringing all my RSS Feeds together using Google Reader as the aggregator was a tool called Reeder, a great Mac app.

For those who don’t know what Google Reader is it’s a Web-based aggregator, capable of reading Atom and RSS feeds online or offline. When a website publishes a new article, it uses an RSS Feed to tell Google, “hey there’s something new on this site”. The search engine can read the feed and use it to index the content. If you add a web site to Google Reader or a tool like Reeder using the RSS Feeds from the site, means you get an instant notification that the website has been updated. Nice. Web blogging platforms like WordPress use this technology.

Why the deep breath when Google said it was turning off Reader? It has been my source tool for collecting key technology information across the web. I could get an update on where the local National Broadcasting Network (NBN) roll-out was up to, when new Motorcycle products were out on the market and when the latest technology is being released. Google Reader via Reeder keeps me on top of my game, however, the real reason for me being annoyed was I had the RSS thing all sorted out and now I have to change.

I forgot one thing, technology is like surfing, there is always a better wave coming through, you just have to catch lots of waves to get the best rides. I was lulled into a false sense of security of this technology platform being stable, true, tried and tested and not going away; I got too comfortable. I had sat on my surfboard just paddling but not catching waves.  After I had figured why I had reacted the way I did, it was time to go surfing again. The first wave I caught was Feedly, and boy, I’m glad I did.

Feedly is a RSS news aggregator application for a number of Web browsers and mobile devices running iOS and Android.  So how different is it than Google Reader? Currently it uses your Google Reader RSS feeds, however to survive post the closure of Google Reader, it will need a place to manage feeds. To do this they have a project Normandy. This will be the tool to replace Google Reader. Presumably there will be some monetization as the Feedly Service along with Apps is currently free, however, they will probably monetize by selling the app or selling premium space on their service. Whatever way, they will be winners as people will seek alternatives to Google Reader.

Why Feedly impressed me?

The first reality check for me was it allowed me to import all my Google Reader RSS Feeds easily. That was the first tick of approval. The second thing was it was more web-based than my Mac App, Reeder. Reeder was only limited to being used on my iMac, Macbook Pro, iPad and iPhone. That’s OK, however when I was away from my Mac environment, I had to use Google Reader in its native format on platforms such as Windows 7; very vanilla but not as powerful as Reeder on the Mac.

So I set up Feedly on the Browser, imported my RSS Feeds from my Google reader account, download the iPhone and iPad apps from the App Store, installed it on my devices and off I went. It took a couple of uses to get the hang of it.

After a month of using Feedly, I really like it. The features that stand out for me are the different views to check your feeds; you can have lists, magazine views and other choices. It allowed me to quickly acknowledge the article as “read” and move on to the next article.

When reading an article in detail, it can take you to the source article in a Browser window. This makes it easier for me to trigger Hootsuite, my social sharing tool.

Lastly, its a great looking program. I like the User experience and how it works. See the image below.

So for me, it’s Feedly. If something else comes along that’s better, I will give it consideration, if it has some value added functionality that Feedly doesn’t.

To view Feedly for the iPhone and iPad in the iTunes Store, click here. 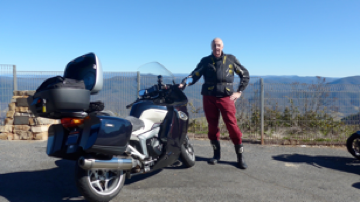